The most basic keyboard chords are the major and minor triads. Every piano player will benefit from knowing all 24 of these triads and mastering them on the piano. The major and minor triads in their most basic position on the keys, called "root position", should be as solid and dependable in the mind of the pianist as the alphabet is for readers, or as the multiplication tables for mathematicians. Whether you see the chord symbol on a page, or the chord's music notation, or the image on the keys, every major and minor triad should be as familiar to you as the numbers on a clock. The best way to learn and master them is to group them according to how they look and how they feel on the keys.

[Once you have the image and feel for all 12 major chords and all 12 minors in their root positions, you will want to begin learning to invert them and also how to play patterns with them.  This will help you build your knowledge and your technique to a level that will make you a proficient pianist in all areas of piano study.  You mastery of chords will add great strength to your overall piano skills foundation.]

On this page, you will find all 12 major triads pictured on the keys, then in tablature, then on the music staff.

[By making yourself say and play the chords like this, you are developing a strong feel and image for each and every chord. Soon, all of the major and minor triads should be very familiar to you, mentally and physically.]

1 major triad is white-black-black: B Major.

For a more complete understanding of how to build your piano-playing foundation,  read

For the most direct, organized, and progressive path to learning to play the piano, start 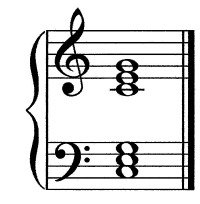 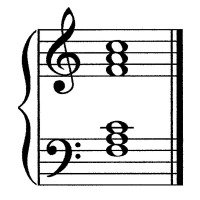 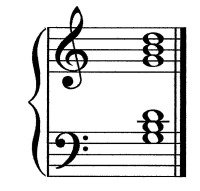 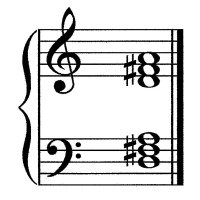 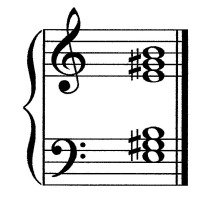 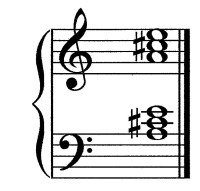 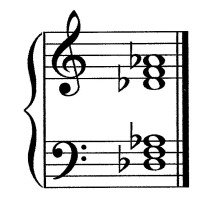 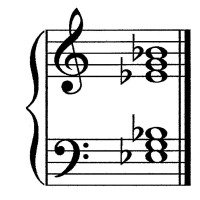 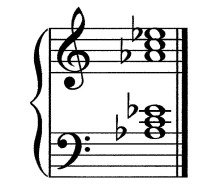 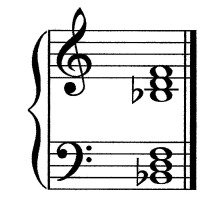 The White-Black-Black Major Triad: B 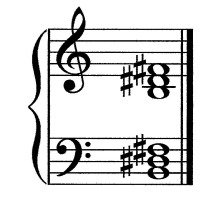 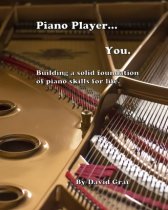 If you want to see a blueprint for a successful piano journey...
read
"Piano Player... You"

A guide to building a solid and complete piano-playing foundation.

If you would like a step-by-step guide to help you on your piano journey...

-Click here to learn more about this piano course-

Return from "Keyboard Chords" to "Home"

Looking for some piano music?

I have found Sheet Music Plus to be a fantastic resource for piano books & other materials.  And they have instant digital downloads for thousands of individual pieces.

If you enjoy using true-piano-lessons.com and would like to help support it:

Start Building Your Foundation: Learning to play the piano

"Nothing in this world can take the place of persistence.

Talent will not; nothing is more common than unsuccessful people with talent.

Genius will not; unrewarded genius is almost a proverb.

Education will not; the world is full of educated derelicts.

Persistence and determination alone are omnipotent.

The slogan 'press on' has solved, and always will solve, the problems of the human race."

Success consists of going from failure to failure without loss of enthusiasm.

"Nothing great has ever been achieved without enthusiasm."

"If you think you can do something, or if you think that you cannot do it, you are right."

"Joy does not come from what you do, it flows into what you do and thus into this world from deep within you."

"I like honesty and sincerity; and I maintain that an artist should not be shabbily treated."

"I do not have a single white note on my piano; my elephant smoked too much."

"Outside of a dog, a book is man's best friend.  Inside of a dog it's too dark too read."